How to organise, plan, shoot and edit your first short film or video.
Filmmaking step by step
Story tips and ideas
Mobile filmmaking
How to make a factual video

How to use images, sound and sequences to tell your story.
Understanding film language
Using sound in your film
Continuity: filming sequences that make sense
Essential editing principles

Choose the right camera and other equipment for the films you want to make.
The best cameras for filmmaking
Filmmaking equipment list
iPhones, iPads, accessories and apps
Filmmaking cameras under $300
Video cameras for children and teens

If you want to make original, creative films you need to learn from other filmmakers.
Using still images in your film
Film poems and poem films
How great filmmakers use sound
Alternative film storytelling 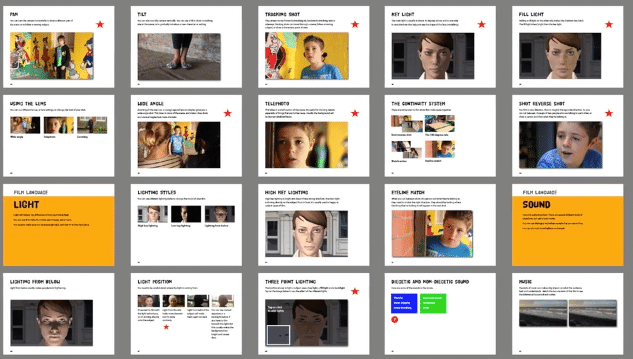 My interactive multitouch book Making Movies Make Sense explains film language and filmmaking from first principles for ages 9 and up. Designed for iPad, iPhone and Mac, you can get it from the Apple Books store. Learn more

Editshots is a hands-on way to learn about film storytelling and editing. It’s a short film sequence to download and edit on your Mac, PC or iPad, with a step-by-step guide. Learn more 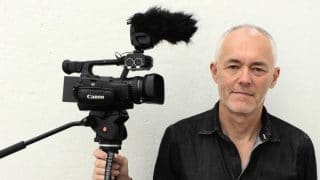 I’m Tom Barrance, one of the UK’s most experienced film educators. I’ve been teaching filmmaking to adults and young people for over 20 years.

I provide filmmaking training and workshops for organisations around the UK, in Europe and beyond. I also provide training for individuals and small groups. More about my training

If my face to face training isn’t convenient, I’ve also written a guide to online courses and classes.

“Tom is a really good teacher and is able to convey a lot of technical detail without baffling his audience. Highly recommended.”
Gillian Southgate, Assistant Director, NHS R&D Northwest