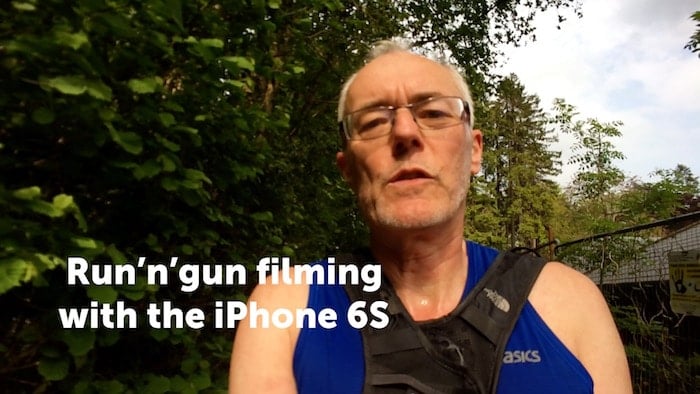 Here’s a one-minute film I shot with the Ztylus lenses and Pistol Grip from my iPhone documentary kit. I took them out on my favourite 10k trail run in the hills north of Cardiff. I used Filmic Pro for the recording.

Verdict? The clamp felt very secure.  The pistol grip works really well and makes it much easier to hold the camera steady, get moving selfies, and film unusual angles and point of view shots. But I left the D-ring off the bottom of the grip as it rattles.

The mount held the lenses securely but they were easy to swap.

Both lenses were fine, though the wide angle is a lot easier to handhold. The only real issue was focus: Filmic Pro is slower to find focus than the native Camera app, and tends to ‘hunt’ and drift in and out of focus unless you lock it. You can see this in the shots of me at the  beginning.

You need to set the focus reticle at the centre of the image, where the lens is sharpest. I had some shots where one side of the shot was in focus but the other was soft.

It’s a good idea to set and lock white balance and exposure as well; the app seems to ‘jump’ between shutter speeds rather than adjusting exposure smoothly. The images also look better if you underexpose slightly, either by setting a faster shutter speed or using the exposure override.

I just used the built-in mic for the pieces to camera: here’s a real-world test of different iPhone microphone options.